The news we’ve all been waiting for (ok slight exaggeration) was announced today by Foxtel who said The Real Housewives Of Melbourne is returning to our screens for Season 5! There will be some familiar faces, lots of new ones and a couple missing. Who’ll be watching!

Foxtel announced the news that the popular reality series will premiere on Sunday, October 10 – and also gave fans a sneak teaser of what to expect!

Let’s do this 💥
The Real Housewives of Melbourne Season 5 begins Sunday 10th October at 8.30pm on FOX ARENA. #RHOMelbourne pic.twitter.com/KX1BA3C7rJ

Cherry Dipietrantonio is a yoga instructor originally from Southampton in the UK. A yoga teacher and qualified personal trainer, Cherry has recently started her own YouTube channel, Mindful Motion. Kyla Kirkpatrick is a glamorous self-made businesswoman, known as the ‘Champagne Dame’, who resides in the affluent Melbourne suburb of Brighton. Simone Elliott is a businesswoman and mother of two. In the newly-released teaser for season five, the new Housewives are introduced, and the group are seen drinking plenty of champagne as they get to know each other.  We also see a sneak peek at some of the cat fights the series is best known for.

“You’re just a lying piece of …” Janet is heard telling one of her co-stars while Jackie looks on horrified.

Housewives favourite Gina Liano she will not be returning to the franchise. She mentioned this back in 2020 at a press conference where she said:

“I got back into my own life, it was peaceful and I quite enjoyed it and I was hesitant to come back only for that reason. It’s a big responsibility having a public profile, even though I swear and carry on and maybe act a bit irresponsible. I think there might be a time where I don’t come back just because my life will keep moving.” Another cast member who won’t be back is Lydia Schiavello who said she “made the personal decision to step away”.

“I will miss the camaraderie the interaction with viewers and the challenges that my fellow cast members presented,” she wrote on her social media post.

You can watch Real Housewives of Melbourne on Foxtel from October 10. 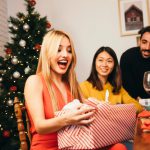 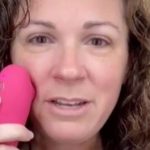 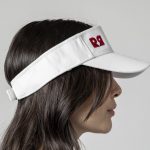