Sean Penn and Charlize Theron broke up a year ago but had to face each other while debuting their film The Last Face at the Cannes Film Festival last week. The celebrity couple dated for two years after calling it quits last June in 2015. While they were dating they starred in the film The Last Face together which they were obligated to do the media junket for this year.

Sources say the two avoided each other like the plague and well and truly kept their distance. “Sean and his cast, including Charlize, all did their group photos together on the red carpet,” but Theron kept her distance from director Penn. When the cast was ready to head inside, Penn ran back to his daughter Dylan instead.

As chance would have it though, when the film ended the actors came face to face and were forced into a very awkward looking kiss and embrace. 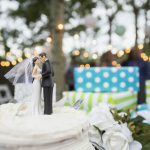