Home>Entertainment>Mum Of Six Madeleine West Says ‘Sometimes I dress my kids in tomorrow’s clothes before they go to bed.’

Aussie actress Madeleine West is one super busy mum! With six kids under the age of eight, she definitely has a few time saving tips that help her stay sane. Problem is, when she shared them recently, she was met with a lot of criticism from the keyboard warriors.

Here’s exactly what the 35 year old mum said about her decision to dress her kids in the next day’s clothes:

Occasionally, and let me stress occasionally, when the following day’s schedule is thick with dance concerts and soccer finals, birthday parties and unexpected guests, or I am working and will be called to set at 5am (ouch), I will bathe my kiddies and pop them in tomorrow’s clothes before story time and bed.
I am not talking full school uniforms, I am talking track suits, casual wear, and if it is a school day, the foundations: stockings and T-shirt perhaps. There is no way I would snuggle them up in a pressed shirt and starchy tunic. I spend far too many hours slaving over the ironing board as it is.

Let’s such remember people- 6 KIDS!! Can you imagine dressing all these little poppets in the morning? Some requiring nappies, others needing shoe laces tied and some needing their hair plaited? Why not come up with a way to make the day run smoother? West went on to defend her choices by saying-  I do not send my babes out into the world in the same clothes day after day, unwashed and unloved, despite what many may assert from the safety of their electronic devices. I do not have anything to apologise for. I am a mum, no better or worse than any other mum, struggling to get by and do right by her kids regardless of what the world throws at her. Everyone is entitled to their opinion, I fully embrace that. Opinions are like bottoms, everyone has one, but some opinions, like bums, are best not trotted out in public. Some opinions come not from a place of belief and integrity, but from a place of anger, fear, and plain old cruelty.

I wrote my book, Six Under Eight, with the earnest intention of prompting discussion about parenthood: The good, the bad, the ugly. I am the first to admit that I am no expert, but as a mum of six, I think I have faced many of the events unique to parenthood. Previous Article Corey Feldman Says He And Corey Haim Were 'Passed Around' To Hollywood Peadophiles
Next Article Gwyneth Paltrow and Chris Martin Have Officially 'Uncoupled.' 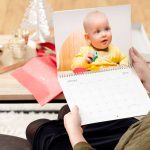 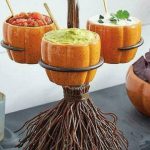 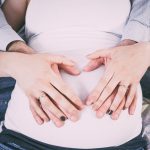 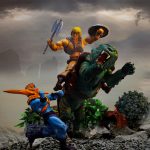