Home>Lifestyle>Celebrities>Forgotten Teenage Pregnancies on Home and Away

Forgotten Teenage Pregnancies on Home and Away

We recently discovered that Home and Away’s Maddy is pregnant – a teenage pregnancy. This isn’t the first time there has been one on the show.

Everyone tried to warn Cassie Turner (Sharni Vinson) about Henk, even Rachel who claimed he raped her when she was younger. Being in love, Cassie didn’t listen and she soon found out she was pregnant. It was then revealed that she had contracted HIV from Henk. He left her, pregnant with his baby and infected with HIV. We didn’t see the birth – she left Summer Bay on a road trip with bestie Matilda.

When Irene’s son Damian passed through town for Shane and Angel’s wedding, he had a quick fling with Irene’s adopted daughter, Selina. She fell pregnant, but they both decided they couldn’t care for a baby so would put it up for adoption. Selina suffered a miscarriage six weeks into her pregnancy.

Sophie Simpson (Rebekah Elmaloglou) fell for Donald Fisher’s nephew David, who was a teacher at the high school. Her foster parents Pippa and Michael weren’t happy with the relationship, so sent Sophie away to live with Pippa’s mother.

When she returned to Summer Bay, she found out David had died. Just after his death she realised she was pregnant with his baby. She moved to Perth to live with his Mum and raise the baby girl she called Tamara.

Shortly after Nicole’s (Tessa James) boyfriend Penn was murdered, she found out she was pregnant with his child. When she decided she couldn’t raise a baby on her own, she decided to adopt him to Marilyn and Sid. She then had doubts about the adoption and wanted him back. She left the bay with baby George and new boyfriend Angelo.

In the first season of Home and Away, Roo Stewart (then played by Justine Clark) was the first character to have a teenage pregnancy. She told everyone the father was her ex boyfriend Frank because the real father wanted her to terminate the pregnancy. After convincing Frank it was his, they decided to get married but on the wedding day she finally revealed the truth. After Martha was born, Roo decided she couldn’t look after her and put her up for adoption.

And now Maddy. She says the father is Josh, but after her attitude lately, is that a ploy just to get him back? And is Oscar about to be hit with some heavy news? Only time will tell!

Previous Article WIN A Philips Airfryer XL worth $449 and cook or fry with up to 80 percent less fat*!
Next Article 10 Clever Ways To Get Your Child Ready To Write Their Name

AncestryDNA®Test Review: What I Discovered When I Took the AncestryDNA Test

Celebrities Who Dissed Their Ex

The Minions are Getting Their Own Movie! Watch the Minion Movie Trailer! 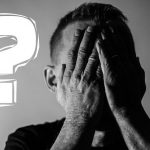 Four Mistakes to Avoid When Selling Your Preloved Things Online