Supermodel Gigi Hadid confirmed what many have been speculating for weeks. She’s pregnant with her first child to former One Direction member Zayn Malik!

On Thursday Gigi was interviewed by talk show host and comedian Jimmy Fallon (via video because corona) where she discussed the pregnancy for the very first time.

“Obviously, we wished we could have announced it on our own terms but we’re very excited and happy and grateful for everyone’s well wishes and support,” she said in the video from The Tonight Show.

“Especially during this time,” she added, “it’s a nice silver lining to be able to be home and be together and really experience it day by day.”

Fallon went on to congratulate the baby daddy too. “Tell him that if you guys need anything, call Uncle Jimmy. I’ll make sure you guys are taken care of.”

Speaking about her cravings, the 25 year old said she’s loving carbs and cake. “I eat a everything bagel a day and so I was already so excited that my birthday cake was an everything bagel, but then I found out that Buddy Valastro, the ‘Cake Boss,’ made my cake,” she recalled, later adding, “I don’t know if it was my hormones right now or just, like, quarantine emotional-ness, but I cried every five minutes for an hour every time I thought about that Buddy made my cake.”

HAPPY HAPPY HAPPY TWENTIETH BIRTHDAY to everyone’s favorite dude, my sweet brother @anwarhadid I am so proud of the creative, kind, inquisitive, inspired young man you have grown into. Thank you for your light. We love you more than you’ll ever know 💫

Gigi and 27 year old  Zayn, have been on and off since they first started dating in 2015. Most recently the model shared moments of her relationship on social media after the two reconciled last year.

“Gigi and Zayn got back together right before the holidays in December. Zayn has been reaching out to Gigi for the last month and she is giving him another chance,” a source close to the couple shared at the time. “She has always loved him and the break between the two was needed.”

Congratulations you guys! This will be one much loved baby and we bet mum Yolanda can’t wait to be a grandma either!

Previous Article So It Turns out We’ve All Been Closing Our Cereal Boxes the Wrong Way This Whole Time!
Next Article Karl Stefanovic and Jasmine Yarbrough Have Welcomed Their First Child Together!

Gigi Hadid Reveals The Secret Her Mother Has Been Keeping

Gigi Hadid spends a day at Taronga Zoo in Sydney

Woman's Shocking Grocery Unpacking Habit May Be Cause For Breakup Says Boyfriend! 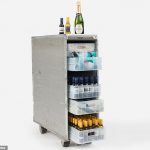 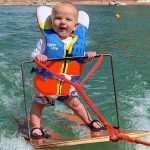 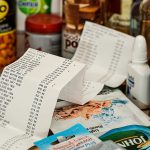 Woman's Shocking Grocery Unpacking Habit May Be Cause For Breakup Says Boyfriend! 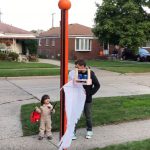