Man of the Week: Orlando Bloom

The 34-year-old actor is in town to continue working on The Hobbit, where the cast is expected to return to Canaan Downs for some more scenes.

Mum of the Week: Naomi Watts

Naomi Watts and partner Liev Schreiber take their little ones Sasha and Samuel shopping for a Christmas tree on Saturday (December 3) in New York City.

The 43-year-old actress, Liev, and their sons even got to meet Santa Claus at the outdoor Christmas tree store.

President Obama accompanied by first lady Michelle, and Sarah, accompanied by Matthew Broderick, were joined at the event by Emily Blunt and her hubby John Krasinski.

Fergie strikes a pose at the premiere of New Year’s Eve held at Grauman’s Chinese Theatre on Monday (December 5) in Hollywood.

I would have taken a damp sponge to remove the excess foundation from my hairline, but maybe that’s just me…

Miley Cyrus poses at the 2011 American Giving Awards held at the Dorothy Chandler Pavilion on Friday (December 9) in Los Angeles.

I don’t know if you can see it clearly or not, but the girl has LOVE tattooed down the cartilage of her ear. I don’t think this will end well. 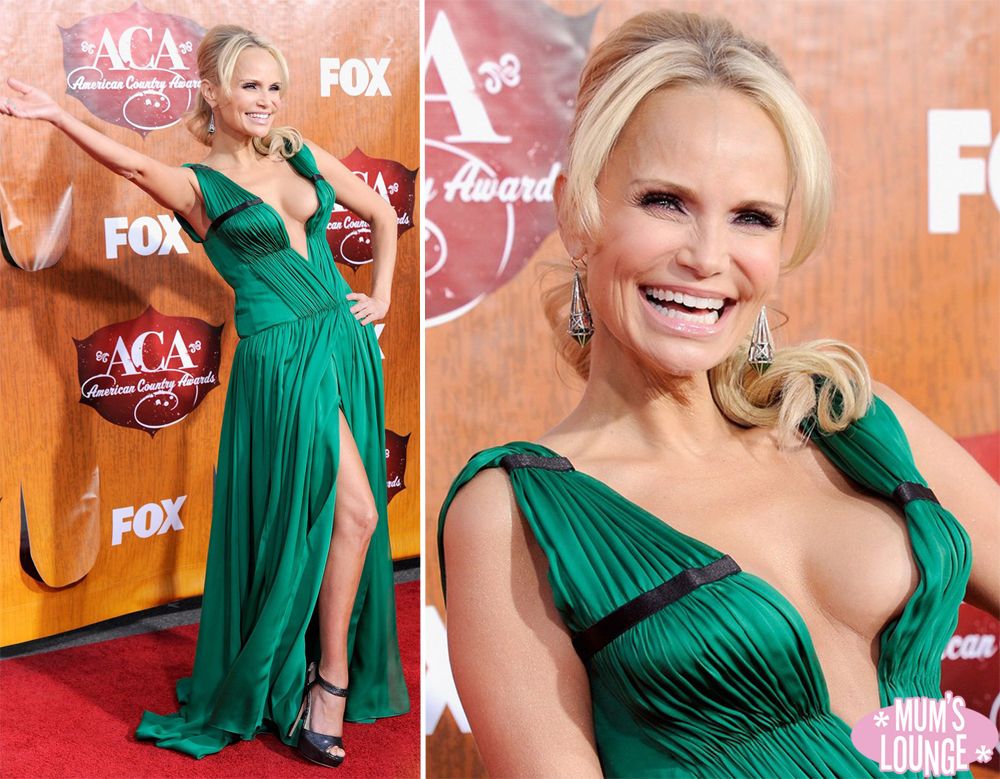 Kristin Chenoweth hits the stage at the American Country Awards, held at the MGM Grand Garden Arena on Monday (December 5) in Las Vegas.

The Good Christian Belles actress hit the red carpet in an emerald bustier dress by Honor.

I misread that last sentence and thought it was an emerald bustier dress by Horror. Would be more appropriate.

Diane Kruger arrives at the 2011 UNICEF Ball held at the Beverly Wilshire Hotel on Thursday (December 8) in Beverly Hills, Calif.

The 35-year-old German actress looked gorgeous in an Emilio Pucci dress at the event, which benefited The United Nations Children’s Fund.

I’m not sure women should wear dresses that reveal their breast enhancement scars… :/ 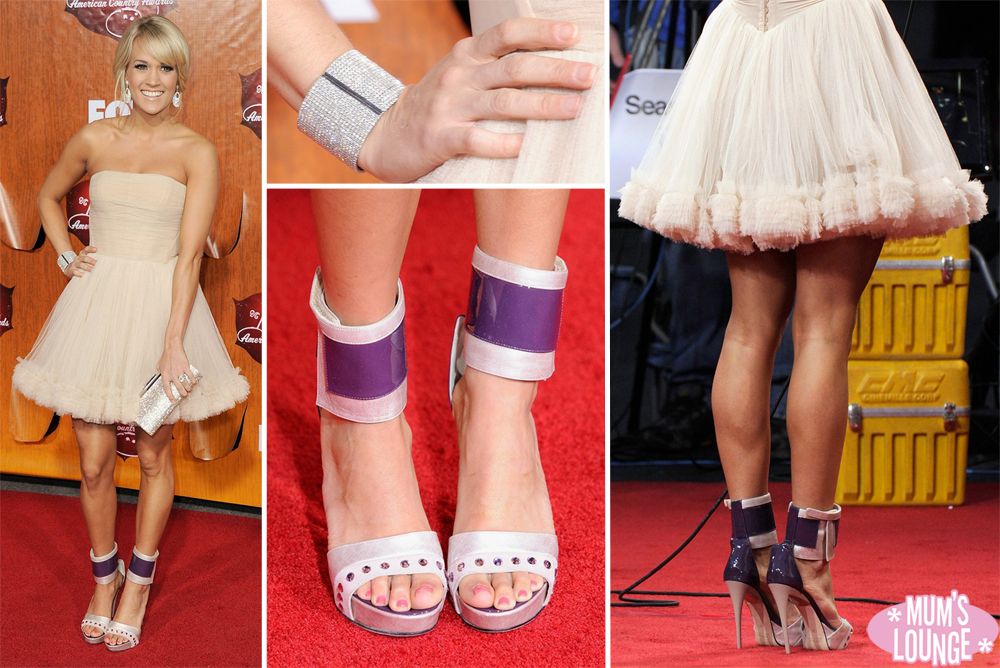 The 28-year-old singer is wearing a Maria Lucia Hohan dress.

There’s a lot going on here, isn’t there?

Firstly, I LOVE her diamond cuff and jewellery. And her gorgeous clutch. She’s tanned without being orange and her makeup, although heavy, isn’t bad. Hair, nothing too flash, but cute. Dress, well, yeah it’s not that bad. Don’t particularly like the colour but blushy beiges are all the rage so *meh*. And then we come to the shoes.

I’ll leave the judgement of these babies up to you…

Rose McGowan steps out in a Tory Burch dress at the 2011 UNICEF Ball held at the Beverly Wilshire Hotel on Thursday (December 8) in Beverly Hills, California.

I love her dress but I just want to slap that stupid look off her face.

Uma Thurman looks super chic at the debut of the Waterford Premier Interiors Collection at Live a Crystal Life held at Center 548 on Thursday (December 8) in New York City.

She looks fabulous, although they would have to be the lowest-rise jeans I’ve ever seen!

Evan Rachel Wood flashes a smile at the launch of the The Andrea Bocelli Foundation held at the Beverly Hilton Hotel on Friday (December 9) in Beverly Hills, Calif.

Amber Heard strikes a pose at the Trevor Project’s 2011 Trevor Live event held at The Hollywood Palladium on Sunday (December 4) in Los Angeles.

Previous Article If you don't know what to serve for dinner tonight ...
Next Article Wahm Centre