Home>Lifestyle>Screen Queen>Who needs The Bachelor anyway? Megan and Tiffany may have found love on the reality series afterall.

Who needs The Bachelor anyway? Megan and Tiffany may have found love on the reality series afterall.

It appears that you may not actually need a bachelor in order to fall in love on one of Australia’s most popular reality dating series – The Bachelor Australia.

Blonde beauties Megan Marx and Tiffany Scanlon have been flaunting their new relationship all over Instagram but have yet to actually confirm their partnership.

‘I think you can probably tell from the pictures that have been posted that we don’t have the most conventional relationship,’ Megan has said.

The pair have shared a photo of themselves posing half-naked with a bowl of spaghetti while recreating the famous pasta-eating scene from Disney’s Lady And The Tramp. 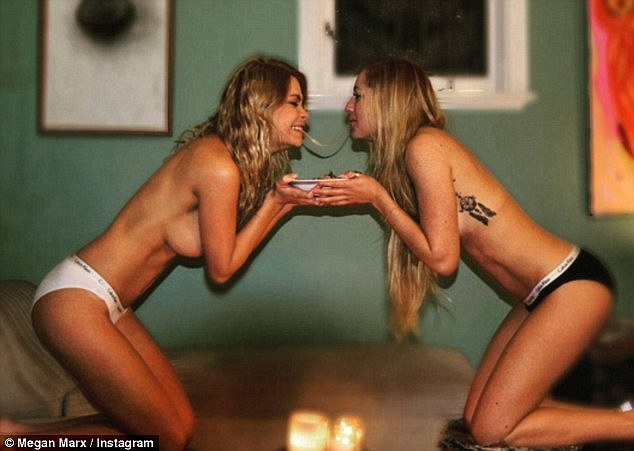 They also recently posed completely nude sitting on chairs in the middle of a national park. And doing a little boobie grabbing… Megan recently revealed she wouldn’t ‘rule out’ a relationship with a woman. She said that she and fellow contestant Tiffany are ‘very close’.

‘I’m usually attracted to men but I don’t rule anything out… I would say Tiff’s in the same boat,’ Megan told NW magazine last week.

‘Tiff is a beautiful woman and we’re very close,’ she added.

Tiffany is very much in agreement, saying: ‘I did find love on The Bachelor… I love [Megan] so much’. Previous Article The Real Housewives Of New Jersey Star Is Set To Become A Grandma!
Next Article Mum Writes To Nightclub Requesting They Ban Her Son!