A hilarious mum from London has created an instant hit with her version of Gloria Gaynor’s immortal 70’s classic “I Will Survive”. Her shimmery blue metallic leotard and sexually aggressive dance routine take nothing away from her hilariously accurate lyrics, giving us all a boost to make it through another day of isolation.

Victoria Emes has become a viral sensation after her fun video has been widely shared on Twitter and watched thousands of times on Youtube.

And now you get to watch it too. Brace yourselves, ladies, for we have a new idol in town.

In case you missed any of her incredible lyrics, here is the transcript so you can sing along at home:

At first I was afraid, I was petrified
Kept thinking how I’d ever live without the world outside
But then I spent so many nights scoffing crisps and necking wine
I know it’s time to say we’re gonna be just fine

But I’ve got snacks, plenty of gin
Their homeschool schedule can go straight in the fucking bin
I wanna smash my husband’s face
I wanna wave my kids goodbye
But I won’t crumble
I won’t lay down and die

Oh no not I, I will survive
Oh so long as I have internet I know I’ll stay alive
I’ve got all this time to fill while trying to not get ill
But I’ll survive, I will survive
Hey hey

Victoria captioned her hilarious video with some handy advice of her own for all the other mums out there slowly going mad from being cooped up with their families:

“Employ every coping strategy you can think of; dancing, cooking, singing, laughing, meditation, wanking (personal fave), hiding in a cupboard for five minutes of peace – whatever the fuck you need to do to just SURVIVE THIS UTTER MADNESS. We’ll get there girls… one gin/wine/crisp/chocolate biscuit/tear saturated day at a time.” Previous Article Bindi Irwin And Chandler Powell Manage To Get Married Before Crowd Restrictions Are Enforced
Next Article People Share the Things That the COVID-19 Crisis Has Made Them Realise - And It's Not All Bad! 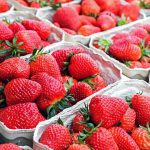