Home>Lifestyle>Family>What I Am Is What I Am 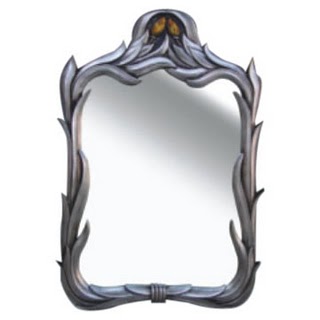 We’re on our way to Joe’s house to attend this week’s Northern Dads Playgroup and we’re listening to What I Am by Edie Brickell. It’s a really good song – as in foot massage good – and I can’t help but find the line what I am is what I am to be personally affirming because, recently, an acquaintance introduced me to a group of strangers with the comment ‘He’s not quite usual’, and even though I laughed about it at the time and even started shimmying my shoulders and rolling my eyes – to signify that I could just shrug it away – the comment has stayed with me and clouded my mind for several days.

As I’m doing my best to convince myself that other people’s opinions don’t matter I notice, on a massive billboard, the image of a woman who is visually perfect and even though I know her image has received some significant technological enhancement I am still impressed and Archie has to call my name several times before I am able to focus on what he is saying.

‘Today I was pretending that our dogs were wolves and I had to climb things to get away from them,’ he says.

‘…but then when I told Lewis to play too he said no and wouldn’t let me climb things and kept pushing me.

‘But then I just ignored him and just walked away from him,’ Archie says.

‘Well, done Arch,’ I say, ‘That’s exactly what we talked about. Just walk away.

‘Oh…’ I murmur, as another billboard catches my attention – a tall angry looking brunette, who is simply overwhelmingly stunning, sitting in a cane chair and wearing an oversized pair of sunglasses. I pause long enough to consider the genius of the person, the computer wizard, who can take a photo of a normal woman and airbrush it until she is so perfect that she seems to possess an almost alien beauty and as Archie rounds out the conversation with ‘And then he followed me up on the trampoline and then we pretended the dogs were wolves,’ it strikes me that out of all the people who will ever look at that billboard I may be the only one who admires it for the artistry of the airbrushing and with that realisation the pressure of the ‘not quite usual’ begins to settle over me again.

To distract myself I tell the boys how happy I am that they worked out the wolf problem themselves and that although it is possible for them to have fun on their own, it’s always more fun to play with others, and then I continue mumbling something about two heads being better than one and their combined ages of seven being better than their individual ages because seven-year-olds are notorious for the amount of fun they have, before my voice trails off into nothingness. It’s only after Lewis throws a sandal at me – and a good thirty seconds pass before I even think about screaming “I’ll turn this damn car around!” – that I realize I am locked away inside myself and I suddenly feel horribly neglectful. I look at their ruddy little faces in the rear vision mirror and make a pact with myself – I will share my inner-self more and, like a bull-rider bursting from the gates on a wild bull, I will drive my thoughts into the real world to make myself wholly present and ensure that every moment I have with my kids is a bonding moment.

‘Boys,’ I say, ‘Sometimes I have doubts about myself because I don’t quite fit “the norm” and while I’m generally okay with that – and aware that I possess many many outstanding qualities – I do find, in moments of weakness, that I doubt myself, just a tad, and wonder if perhaps I should be doing things a little differently. I wonder if I’m not doing things quite right….

‘Lewis! … and here I am, a poetry-writing, powerlifting, stay-at-home-father with a strong aversion to actual paid work and so pragmatically-challenged that I’d prefer to write thousands and thousands of words of embellished reality-based fiction than spend even five minutes researching more practical and worldly concerns like – shit I don’t know – our family’s personal finances or… if global warming is real or… if Kevin Rudd is an actual person or just the product of a really really good cartoonist.’ Lewis’s finger is back in Archie’s ear as we pull up to Joe’s house but apart from that the boys seem unmoved. Still, I decide to persist with the idea of sharing my thoughts because it seems to be potentially freeing. After drinking some coffee, handing Tyson a rusk, ordering Archie and Lewis out onto the backyard play equipment and situating myself in a circle of several Dads I say, tentatively, ‘I was thinking, just today, that modern airbrushing techniques really have added to the field of unrealistic beauty, with the main beneficiaries being billboards and those who look at them.’

To my great relief, one of the Dads nods and says, ‘I gave up looking at Billboards for… a long time… but airbrushing has definitely revitalized the genre and I find myself looking at them more and more lately…’ and then Joe – who is hosting the group – interrupts us to say, ‘Hey, I’ve got a great idea for the Most Mentally Sexy challenge’ and within minutes he is wearing a pair of my underwear and I am suggesting different positions to photograph him in, and it is only afterwards, when I am showing everyone the photos and we are discussing, earnestly, which is best that I consider for a moment that our Dads group might also be described as ‘not quite usual’ and I feel a strange kind of sedation – a joyous letting go.

On the way home Archie asks if he can listen to Stomp by The Brother’s Johnson and Lewis counters this with a request for We Built This City by Starship but, as we pass the hotly airbrushed model once more, I feel centered and I say, ‘Boys, stay-at home-dads are situated somewhere between the usual and the unusual but like aliens cloaked in human form we’re waiting patiently as more of us appear here there and everywhere and when our numbers reach a certain level of saturation we will receive word from the mother-ship that the time is right to rise up and take over the world.’

I tell them that we are going to listen to Edie Brickell again, probably several times in a row, because what I am is what I am – she’s absolutely right – and, for this moment at least, I can accept that there’s no point in trying to be anything else.