The original Blue’s Clues host has returned with a very special message for his now grown-up fans.

Steve (who was played by Steve Burns) departed the popular Nick Jr. program (about a blue puppy, named Blue, who leaves clues) in a 2002 episode, “Steve Went to College,” handing off hosting duties to his brother, Joe.

Some fans at the time thought Steve’s departure was quite abrupt so imagine their surprise when he returned to speak directly to them on Tuesday. 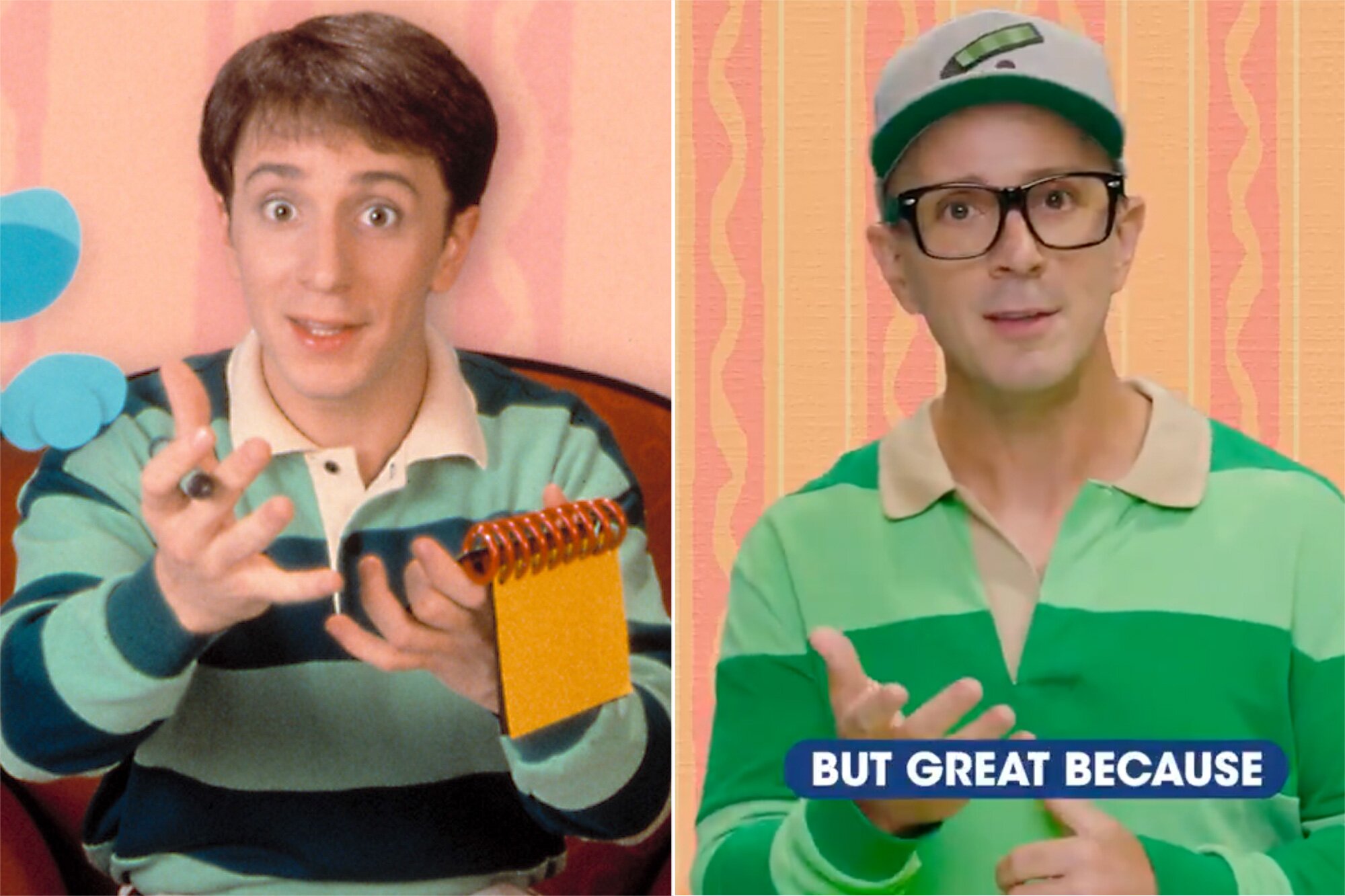 “Hi, you got a second?” Steve asked while wearing an updated green striped polo.

“You remember how when we were younger we used to run around and hang out with Blue, and find clues, and talk to Mr. Salt, and freak out about the mail, and do all the fun stuff? And then one day, I was like, ‘Oh hey, guess what? Big news… I’m leaving,'” Steve said. “Can we just talk about that?” Steve asks in the clip.

So about that time Steve went off to college… #BluesClues25 pic.twitter.com/O8NOM2eRjy

Steve explained that while he was away he was able to challenge himself, and use his mind. In fact now that he’s older, he’s getting to do many of the things he wanted to do all along.

“Look at all you have done and all you have accomplished in all that time,” he says, directly addressing viewers just like he did back on the show. “And it’s just… it’s just so amazing, right? I mean, we started out with clues and now it’s what? Student loans, and jobs, and families, and some of that has been kind of hard, you know? I know you know.”

“And that’s super cool,” he added. “I guess I just wanted to say that after all these years I never forgot you. Ever. And I’m super glad we’re still friends…”

Last week, three of the Blue’s Clues hosts (including Steve) reunited in a TikTok for Nickelodeon where they said a long overdue, “Hello.”