The Stories Behind Your Favourite Disney Songs

The most successful Disney songs have won Academy Awards, are created and performed by famous artists and have topped music charts around the world. Here are the stories behind the very best Disney songs:

The Walt Disney Company collected their very first musical Oscar way back in 1939 for “Over the Rainbow” from the masterpiece The Wizard of Oz. The awards continued with the animation company winning the Oscar category a total of thirteen times since its inception, and the Grammy Award for Best Song Written for Visual Media eight times since 1988.

Here’s a list of all the award-winning Disney songs:

THE STARS BEHIND THE MUSIC

Disney songs and productions don’t just have famous names on their cast list. Elton John lent his talent to The Lion King’s soundtrack, writing three of its most celebrated songs; “Circle of Life,” “I Just Can’t Wait to be King” and “Can You Feel the Love Tonight.”

Legendary Hollywood composer Hans Zimmer was responsible for The Lion King score, as well as Cool Runnings, Muppet Treasure Island, King Arthur, The Lone Ranger and all four of the Pirates of the Caribbean movies.

Some other frequent Disney composers include Alan Menken, who composed the music for twelve well-known Disney pictures, including The Little Mermaid, Aladdin and Tangled. Randy Newman is responsible for the music from all three Toy Story movies, James and the Giant Peach, A Bug’s Life, Cars, The Princess and the Frog, as well as Monsters Inc. and Monsters University.

Scooping movie awards is one thing, but some of our favourite Disney songs have managed to top the music charts around the world.

Performed by Indina Menzel, “Let It Go” from the 2013 film Frozen peaked at number five on the US Billboard Hot 100. The last time a song from an animated Disney movie made the top ten on the chart was nearly twenty years ago – the 1995 song “Colors of the Wind” from Pocahontas, which peaked at number four.

The only Disney animated song to top the US Billboard Hot 100 was “A Whole New World” from Aladdin, which reached #1 in 1992.

The Walt Disney Company has been responsible for award winning, chart-topping and overwhelmingly celebrated songs for nearly 100 years. So which song is your favourite? Let us know in the comments below. 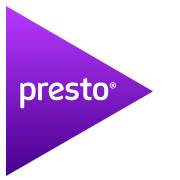 Don’t forget to check out the Landmark Disney Favourites collection to see all the best Disney movies online at Presto.