Yesterday as some of you may know I embarked on a challenge unlike no other. I run for the kids for The Royal Children’s Hospital- The hospital which has given me my quality of life the ability for me to be mobile for which I am so grateful, the hospital also gave many of my friends a second chance at life. Unfortunately some of those friends are in heaven now, but they were there yesterday watching from the sky, probably laughing at the fact that I was crazy enough to keep the promise I had made to them that we would all recover from our illnesses (varying degrees) and we would one day be well enough to do this together. I was left with the baton, but a promise is a promise- you do whatever you need to ensure you act on a promise. I did the run last year because I needed motivation to recover from my surgery at RCH, and that is what motivated me this year was the year I would act on that promise I had made to my two friends, it was a secret promise which no one but us knew about. (I think, well I hope they forgive me for telling you all).

The run was not only for them, it was for the millions of kids and adults out there both with and without Cerebral Palsy & other illnesses who have been told that they can’t do something or who believe that they can’t do something. Well, my passion for disability advocacy and breaking barriers knows that such a statement is not true, sometimes we may have to modify things but it doesn’t mean we can’t do them. Yeah, I am crazy because the things I do aren’t the average things you’d expect from someone with my condition (it’s why they call me crazy Shazzy : ) ) I decided from the moment RCH helped me walk through undergoing several surgeries that I would use my new walking ability to help others.

Anyway, back to yesterday’s proceedings.

It started with me getting up at 4am, travelling down and arriving in Melbourne at 8.00am with a quick run to the loo, it was off to the starting line stage to have an interview with John Deeks (it was there I also met Steve Moneghetti) John Deeks said to me ’your famous’ I laughed and said nah. I am just using the gift that was given to me, to help others- I am not famous, doing good things doesn’t make you famous it makes you a good person. After the interview had concluded, I waited until the rush of people had resided and with a pat on the back from Steve Moneghetti and a kiss to the sky I was off (to my friends, and to hope that my health would stay good and I would be okay by the end). I was going okay, until I hit a hill. I really struggled to get up it I continued with pain in the lungs and the respiratory system weakening I got three quarters of the way up the hill, when I finally sat in my wheelchair reluctantly, I cried and continued to cry for some time, I felt I had failed as all that training I did was to complete the 5.2km, I don’t enter into things to complete them half heartedly I enter into them to complete them. This is what disappointed me.

After sitting in my wheelchair for a bit, I saw my best friends coming towards me, telling me how proud they were of me so I thought ‘no Shaz, when this hilly part is over you will finish and you will finish with your head up high’. So when the hilly part was over I got up on my crutches and finished. I crossed the finish line to be greeted by my best friends. Was emotional but I realised that my health is what was most important. I am a little sad it’s all over, but was worth all the training. Now to find something to keep me motivated, For my final message, I just want everyone to realise that they can do whatever they put their minds too 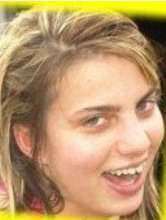 Previous Article Does Being a Mum of Four Make You More 'Mumsy?'
Next Article What Every Mum Needs to Know