‘There are two sides to every story, and then there is the truth.’

When a 4-year-old girl, Natasha, makes a serious allegation against a politician’s 9-year-old son, an attempt by the children’s parents to tackle the issue in a cooperative way soon degenerates into a vicious confrontation.

Disclosure asks the question, what would you do if your child came to you and began telling you a story about something that happened to them, that is one of your worst nightmares as a parent? And what would be the consequences of your actions?

The movie, which has received rave reviews from US film critics, is sadly inspired by real life events and highlights the fact that children under the age of 10 cannot be considered criminally responsible for sexual abuse acts. In her Submission for the Inquiry into the harm being done to Australian children through access to pornography on the internet, the late Emeritus Professor Freda Briggs explains how ‘this has resulted in a lack of agreement and consistency across Australia about appropriate responses in cases of children under the age of 10 , compounded by a lack of child abuse-related training for adults whose work involves children. Parents, schools, police and social services are left ill-equipped to make effective and necessary interventions.’

“We made this film because we want to help change policy, by raising the profile of the pressing issue of child-on-child abuse, and the inadequate institutional responses to this escalating problem.

One of the key challenges faced by young children who have experienced abuse is the reluctance of parents, and institutions, to accept the words of children as evidence, despite the wealth of research showing that children almost never make up stories about being sexually abused.’ (Disclosurefilm.net – The Issue) “Five years ago, just before the rise of the #MeToo movement, a close friend revealed to me that her young daughter had been sexually abused by an older boy,” explains Director Micheal Bentham. “An attempt by my friend to talk about her daughter’s disclosure with the boy’s parents had quickly degenerated into a ferocious argument. The situation deteriorated further when the parents of the boy began building alliances to discredit the girl’s story. Within a matter of weeks, this escalated into a witch-hunt against the family of the child that made the original allegation. The girl and her parents were left distraught and traumatised.”

“As a father, I was shocked and dismayed by my friend’s experience. As a filmmaker, her anecdote spoke to the storyteller in me, and I wanted to know more. Disclosure tackles a simple question, the answer to which has profound implications in the case of sexual abuse. Do we believe the stories that young children tell?”

See the links below for details of a screening near you,

Previous Article Your Facebook Account Could Be One of the 7.3 Million Australian Users Hit by the Data Breach - What Now?
Next Article Gwyneth Paltrow Makes Candle That Smells Like 'Kim Kardashian's Orgasm' 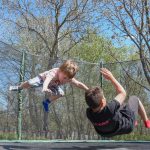 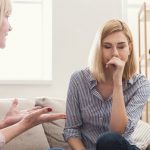