Netflix has permanently removed four shows by comedian Chris Lilley from it’s Australian and New Zealand platforms amid debate over his portrayal of non-white characters.

The move comes after multiple streaming services around the world decide on which content to keep and which to delete amid global Black Lives Matter protests.

The comedian’s depictions of characters in his shows have previously raised questions about racial discrimination. But now they have been looked at again following the global outcry of black people’s position in society, and their on-screen portrayal, following the death of George Floyd in the custody of US law enforcement.

Netflix has not offered any comment on the matter, but confirmed that the four shows starring Lilley have been removed permanently.

Lilley also features in the series Ja’mie: Private School Girl and Netflix original Lunatics, which features a South African character called Jana. Both will remain on the service.

Netflix’s decision to remove the shows has divided audiences. Many consider it a long-overdue move for the shows which have faced constant criticism for their racial depictions for years.

Lilley copped a lot of criticism back in 2017 when he reposted an old clip from “Angry Boys” featuring a satirical music video named “Squashed N***a”. The clip was shared days after a controversial verdict was handed down over the death of Aboriginal teenager Elijah Doughty in Western Australia.

“Today” entertainment reporter Brooke Boney, a Gamilaroi woman, said the removal of racist content could be a “slippery slope”. “Obviously the characters are controversial, some are hurtful because they’re making fun of people of colour, let’s be honest,” Boney said. “People of colour aren’t represented enough on screen and you’ve got people who are white making fun of that, that’s obviously unhelpful and not nice. But I think when we start removing content and when we start tearing things down it’s a very slippery slope,” she said.

“If these companies truly want to create lasting change and not just virtue signal in a moment of turmoil, then they need to support new talent,” @boneybrooke speaks out on streaming services removing content that contain racist depictions. #9Today 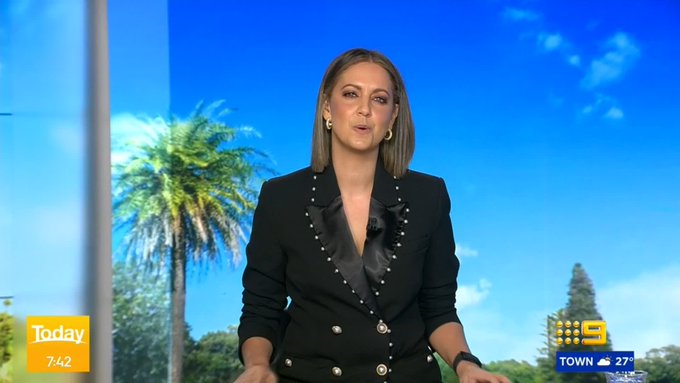 What do you think of the decision to permanently remove Chris Lilley’s show?
Images: Netflix and Twitter