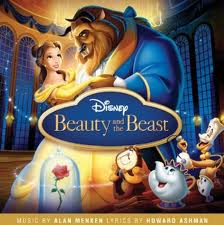 My twins and I decided to make a bed in the living room, many pillows and blankets were needed to make it comfortable , as we were about to have a film afternoon. The film today was Beauty and the Beast.

If you don’t know the story of Beauty and the Beast the story is as follows:  A prince didn’t return affection to an enchantress, she was not a beauty so the prince did not say or do the right things (not a gentleman), and so the enchantress put a spell on the prince. However the enchantress ended up turning into a magnificent beauty and the prince was so sorry that he snubbed her.  The enchantress gave the beast an enchanted rose; he has till his 21st birthday to find love and for love to be returned or until the last petal from the rose falls.  If he fails he will be the beast forever, if he finds love before his 21st birthday he will be turned back into a human prince. Easy right?  Well the question lies, who would ever love a beast?

The phrase, “You cannot judge a book by its cover”, is very apt about this film. The Beast is a tender hearted man who is yearning to find love, however girls are not interested due to his looks, not what he is like or can offer. This is a very good lesson for kids to learn, it is not just about being pretty or the most handsome, it is about what is inside that count.

Belle is the prettiest girl who lives in a poor village in France and is pursued by a handsome muscle bound man called, Gaston (voiced by Richard White), he is insistent that he will marry Belle, although Belle has no interest in him.  Belle is more interested in reading (girls did not read then and was considered weird if you did) and having adventures away from the small village. Belle does not want to end up trapped being someone’s wife, especially if she does not love them.

Belle’s father, Maurice is an inventor and gets lost taking his invention to the fair. He stumbles upon a large castle that is the home of the beast; he is let in by Cogsworth (the clock) and Lumiere (candelabra).  I know a clock and candles let you into the castle (not something you see every day), it is revealed that an enchantress has put a spell on the whole castle and more specially the Beast.

Maurice gets captured by the Beast and Belle negotiates to have herself to be the Beast’s prisoner instead of her father. The Beast accepts and this is the beginning of Belle (Beauty) getting to know the real Beast.  Belle finds herself falling for the Beast, and she ends up coming to his rescue, her love gives the Beast what he has waited years for, to be human again. Not only does the Beast get his wish, so do his staff, they become human also, not furniture.

The film is delightful and I got lost in the magic of all the different characters, most of the characters are enchanted and are furniture or objects that used to be human,  for example a teapot (Mrs Potts voiced by Angela Lansbury) . Each character has a unique sense of humour that just works well with each other; it was fun and so entertaining. We watched the extended version of this film on dvd and I am keen to see the bonus material.

The girls found that there were a couple of scary scenes; however they did not demand cuddles or run away. They sat mostly watching the whole film and only put their head under cover twice, but quickly put it up as they were transfixed by the story (I was very impressed about this). The girl’s favourite was Belle, how she was pretty and became a princess. It is a must see and I would recommend it to any parent for their young children.

Written By Suzanne – Mummy to Twins

I am ex career girl (well still a career girl, but not in the office and getting paid), I have worked for the ABC (Australian Broadcasting Corporation), News Ltd.’s, CareerOne.com.au as a producer and lots more.

I am a mother to three year old identical twin girls, who keep me very busy. On top of looking after the girls, I am studying for a master’s degree in project management, blogging on my blog “Mummy to Twins”, attempting to keep the house clean and tidy, and I try to fit in some me time as well.