I don’t like spiders. I think they are gross. I fail to see why they should be allowed to exist at all.

Except perhaps to eat flies.

I don’t like flies either. They also shouldn’t be allowed to exist.

It’s a good thing I wasn’t married to Noah, because I think when he welcomed in two of each kind of spider on to the ark, I would have put my foot down. ‘Noah,’ I would have said, ‘I know that God told you, but are the Arachnids really necessary?’

And then quote possibly I would have lost it and said, ‘it’s me or the spiders!’

Good thing I wasn’t married to Noah; I probably would have drowned. I am, however, married to a keen fisherman (that is an understatement), called Boatman. Every now and then Boatman plans an overnight fishing trip, because as he reasons it, this will allow him to be at home on the weekend to help me do jobs, and spend some time with the kids. (He always seems to forget that a night of no sleep generally results in him being asleep half the day at worst, or lying lethargically on the couch at best.)

A couple of weekends ago he planned a Friday night trip, which gave me some blessedly free time to tweet/blog and generally fiddle on my computer for a bit. At one point I needed something out of my bedroom, so I went in there and found this.

I don’t do huntsman’s.

I don’t do spiders.

And here I was alone with this giant monster in my room, and no fishing enthusiastic husband to protect me from it.

I was confronted with several options.

Option 1) call/text Boatman and tell him to come home immediately and kill the spider. (I tried that but got no response.)

Option 3) close the door and sleep on the couch, or in one of the kids rooms. I seriously considered this but was concerned a small child would wake in the night and panic when neither mummy nor daddy was in their bed.

Option 4) use an entire can of fly spray and attack the sucker with it until he turned white and died in a poisoned haze.

I chose the last one. Except as I started spraying, the creepy thing ran into my cupboard, where I keep my clothes! I tried approaching the cupboard from a different and safe angle, and sprayed like crazy, perfectly content to rewash all fly spray smelling clothes if necessary.

And then I went to bed and lay there for ages silently praying that the ghost of huntsman’s (hopefully) past would not haunt me as I slept. 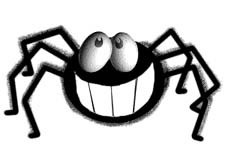 Well we never saw that one again, so I’m assuming it is in a corner of the cupboard curled up and dead. (I have not checked to find out.)

But since then two more have made an appearance. One appeared Sunday night (when thankfully Boatman was home, but asleep after a fishing trip. I woke him up. Like I said, I don’t do spiders.) and was promptly sent the way of Noah and all the others who never made it on to the ark.

And the other appeared at 2:30 in the morning last night, when we had to get up because three year old Bailey had climbed into our bed and wet it. (Charming.) This one was smaller, so possibly male. I’m gonna say so, cause then I don’t feel so bad that we sent him to meet his mate. (Apparently Huntsman spiders are quite romantic. I’m not sure if that romanticism presents itself as a revenge killing though. Not curious to find out.)

Now for the record I know that Huntman’s are not dangerous or poisonous, but they are creepy, and I reserve the right to banish them from my home. Just like the flies they have come for.

So this mornings list of priorities includes buying nappies and bug bombs; those suckers (flies, spiders, cockroaches and anything else that has decided to live in my home uninvited) have scored themselves the white cloud of death, and I have earnt the right to sweep their carcasses off my floor.

Goodbye creepy spiders and other bugs too. Don’t come in my house, or this will happen to you. Yes. Flies and spiders were hurt in the writing of this blog. Sorry if that offends you.

What do you do when you find creepy crawlies in the house? 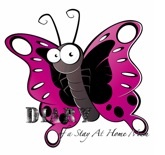 Check out more from Jess on her blog, Diary of a Stay at Home Mum. or

Previous Article Movie Release Alert plus 10 Double Passes to GIVEAWAY
Next Article An Open Letter to Woolworths re: The Instore PIG!