An American expat has been left thoroughly confused by some Aussie words and phrases that we use without giving them a second thought. It’s only once we pay close attention do we realise how bonkers they really sound!

In a recent TikTok video Wuerfel shared some of the Aussie slang words and phrases she’s become familiar with since working at a school in Australia. Phrases like ‘chucking a sickie, and dibber dobber’ were completely foreign to her before coming to our shores. 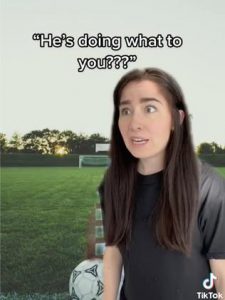 When working as a teacher, one of her students said a boy was “always dibby dobbing on me”, which confused the American immensely!

“He’s doing what to you?” she asked the student.

Another time she remembers hearing a teacher telling students: “Okay kids, remember to bring your thongs tomorrow for the beach.” 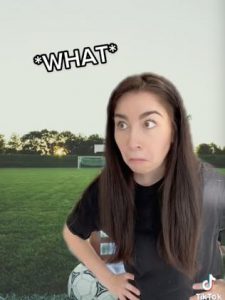 Hilariously, thongs are called flip-flops in the US, while a thong means G-string underwear. So you can understand why Wuerfel was mortified that kids had to bring their ‘thongs’ for a day at the beach.

Wuerfel’s video has gone viral since she first posted it and it’s prompted lots of Aussies to admit that yes, Aussie slang is super confusing at times.

“They really should do an Aussie slang thing on planes, I feel like this would help a lot,” one person suggested.

“I didn’t realise our slang was this confusing to non-Australians,” another commented.

“Is dibby dobbing not a universal term?” one person asked.

Wuerfel in past videos has also been shocked to learn that budgie smugglers do not mean “birds in cages” and that when something is “chock-a-block” it means totally full! She’s also learnt that Aussie school kids get a “pen license” and are told to “slip, slop slap” before going outside!

You must admit…that does conjure up hilarious imagery! Hahaha!

People Are Concerned This Father Is Touching The Nanny Inappropriately