Home>Lifestyle>Latest News>Woman Is Charged For Being Topless In Her Own Home!

Woman Is Charged For Being Topless In Her Own Home!

If ever you needed to see an example of how inequality between the sexes works, here it is. A woman in Utah is facing charges for doing something so completely normal that we bet some of you did it this very morning.

Being topless in your own house. Yep. Topless. Walking around the house with no top and no bra on. Just minding your own business and doing your thing. This is exactly what Tilly Buchanan was doing when her stepchildren saw her and alerted the authorities.

But wait. Here’s the really f***ed thing. Her husband was with her at the time and he too had his shirt off. Why you may ask were these two naked from the waist up. Well, they had both taken their tops off while hanging drywall in their garage and to save their clothes getting all dusty they decided to just take them off.

Which is when the stepchildren came over and saw the offending sight. But they weren’t offended by the husband being topless- just the wife. (Cue eyeroll.)

Defending her decision, Buchanan told the children everyone should be fine walking around their own home with their skin showing. 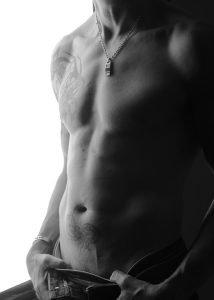 “It was in the privacy of my own home. My husband was right next to me in the exact same manner. So, I’m being prosecuted for it,” Buchanan said.

Buchanan is now facing three counts of lewdness in front of a child, which is a misdemeanor in their state of Utah and if convicted, she may be forced to register as a sex offender. The judge is expected to rule in a couple of months.

I can’t even with this outdated bullshit! It’s the same archaic attitude that bans women’s nipple’s from being displayed on social media while men’s are perfectly okay to be out there. Or how breastfeeding photos are deemed to be inappropriate displays of nudity by Instagram and are therefore instantly taken down. Seriously? Who makes up these rules?

Previous Article These Celebrity Impersonations Will Have You In Stitches!
Next Article Kim Kardashian West Joins The Iconic Sharon Strzelecki For An Uber Eats Ad!