Pete Evans Is Dropped By Publishers And Retailers After Sharing Neo-Nazi Meme!

Pete Evans has had a roller coaster 24 hours after sharing a tone deaf Neo-Nazi meme on social media. Now retailers and publishers are scrambling to cut ties with the disgraced former My Kitchen Rules judge.

Woolworths Group is pulling books by the controversial celebrity chef after he posted a cartoon featuring a symbol associated with neo-Nazis and the Christchurch mosque attacks on social media. Evans’ publisher Pan Macmillan said it was “finalising its contractual relationship” with him while bookshop chain Dymocks said it would also stop selling his books.

The controversy began after the chef shared the cartoon which depicted a “black sun” symbol, used by far right groups including white supremacists in the US. In it, a caterpillar is seen wearing a MAGA hat, used by US President Donald Trump, saying “you’ve changed” to a butterfly with the “black sun” symbol on its wing. The butterfly replies: “We’re supposed to.”

The black sun was also used on the rucksack and manifesto of the shooter who murdered 51 people in the 2019 Christchurch mosque attacks.

Following the uproar from social media, Evans later deleted the post apologising “to anyone who misinterpreted a previous post”.

“I look forward to studying all of the symbols that have ever existed and research them thoroughly before posting,” he said in a statement.

Network 10 has also confirmed that the celebrity chef has not been cast for this season of ‘I’m A Celebrity… Get Me Out Of Here.’

In a statement, a Network 10 spokesperson told The Feed: “Network 10 can confirm that Pete Evans will not be appearing on this season of I’m A Celebrity… Get Me Out Of Here!”

David Jones too has committed to removing Evans’ books from it’s stores. “David Jones does not support or in any way endorse the comments made by Pete Evans and we will be no longer be stocking Pete Evans titles effective today, November 17 2020,” a spokesperson told The Feed.

This is just another example of Pete Evans and his misinformed opinions. In July, the chef sparked outrage when he falsely claimed that Covid-19 was a ‘f**king hoax’ and that the pandemic ‘doesn’t compare to what is happening in the world on a large scale’. 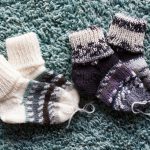