A 61-year-old woman from the US has undergone a steep learning curve after enquiring online about an “old bottle stopper” her friend found in her garden.

Seeking expert advice from a glass collector Facebook group, the woman known only as Jane thought the item might have been part of a decanter set or perhaps a chess piece?

A churchgoer was in for a rude surprise once she was delicately informed of the true nature of the solid glass piece. “Got a friend of my sister that came across this solid glass piece. Since she can’t figure it out she reached out to me and now I’m reaching out to all of you!”, Jane writes.

“Hoping to get an idea of what it is. Only thing coming to mind is either a bottle stopper for a decanter or possibly a chess piece. 4.5 inches tall 1.5 dia at fat part and 1.75 at base. No significant scratches anywhere, does look to have had reflective gold coating on it.” Members of the group soon twigged what the ‘solid glass piece’ actually was. One of them delicately explained to her: “It’s a stopper… just not for a bottle.”

“So are we calling this ass glass?”, added another

A third advised: “It’s a stopper alright, but think orifice not bottle.”

Another seemed to poke fun at poor Jane’s suggestion it was part of a chess set, writing: “Looks like she found a knight. Maybe the others will turn up soon. It’s a shame when a set gets split apart.”

Reading through some of the less cryptic replies, Jane discovered her sister was now in the possession of a sex toy.

She updated the post to say: “I am thankful I know nothing of this ‘world’ that uses products such as this and quite frankly, I don’t want to know.

“My sister and I are both cracking up! But the fact she picked it up and handled it… I don’t think there’s enough soap to wash away that image.” Their friend who uncovered the raunchy find was initially left horrified, but after being comforted has reportedly since been able to see the humorous side of things. 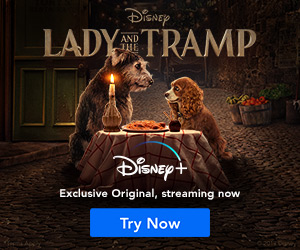 Previous Article A Woman Enjoying Some Social Distancing Drinks At A Retirement Village Has Accidentally Channeled Kath Day-Knight And We Can't Look Away!
Next Article Tori Spelling Wants To Charge Fans Money For A Virtual One On One Chat With Her